What Not to Recycle

Our last blog entry (“Recycling Is Green, But It Can Make You Some Green Too…“) reviewed the benefits of recycling in unexpected ways, telling a short case study involving the reuse of a console. But I’d be remiss if I didn’t explore the dark side of recycling. Some things should be destined for the landfill, or be recycled at the component level, and not put back into service. While many of these are common sense, and you may think of several on your own, here’s a short list of items that will cost you some green if you try being green.

In this digital era, the first and foremost problem child is the hard drive. We have long recommended that hard drives be replaced in a proactive manner consistent with the manufacturer’s warranty expiration and your experience in the specific environment. And, the hassle factor goes down when you are replacing a hot, swappable hard drive in a RAID-5 array. But, when replacing hard drives that were put into service at roughly the same time, you are foolish (in my opinion) if you don’t replace them all at the same time. Sure, a RAID 5 array will keep going even while rebuilding a hard drive, but not if two drives fail. And while the likelihood of a drive failing while another one is rebuilding is ordinarily pretty slim, it increases geometrically when the drives are all past their useful life. Couple this with the fact that a hard drive — even an enterprise class drive — costs less than a service call, changing them all at once just makes sense.

While we may all agree with that, we too often see the hard drives that were replaced before failing put into spares inventory. This is fine if it’s just going to be used to get you through a weekend before replacement; we know that some of these are winding up in the DVRs of another less important client. Or worse, these are going into home computers. This kind of thinking leads people to donating their old worn tires to people who want to squeeze a few more miles out of them. It’s dangerous, folks, and you are just waiting for a catastrophe. Hard drives are cheap, many vendors have trade-in programs, and by reusing hard drives, even for a limited time, you are giving up the ability to predict and proactively plan for failure. Just say no.

In a related area, don’t recycle anything that was pulled from service because of a problem when the problem was never found. While electronics may seem magical and mystical, it is really the most logical of the sciences. If something exhibits a problem, there’s a reason, and if you just swap things out, shrug your shoulders, and put a product of unknown reliability into your spares pool, you’re just moving a problem around, from location to location or client to client. Either find a problem or expose it to rigorous testing before putting it back into service. And if you don’t have the time to do that, it’s probably not worth the trouble to deal with later if it fails.

This especially applies to network cables. We have seen too many boxes of spare cables on job sites that were questionable, to the point where we think the entire box should be thrown away. A cable tester is only as good as the person plugging and testing, and if that person didn’t flex and tug at the cable, an intermittent problem can plague you forever. Cables are cheap. Problems aren’t.

This entry was posted in Planning and Budgeting,Product Evaluation,Published Articles,Specifications. Bookmark the permalink.
Recycling Is Green, but It Can Make You Some Green Too…
Bigger Isn’t Always Better – Be Mindful of the Category Rating 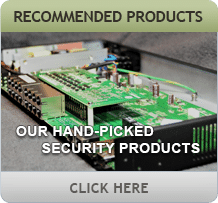